Unfortunately, there exists a lot of misinformation surrounding both CBD & THC, propagated in part by interests that seek to promote one substance over the other. Cannabidiol (CBD) and Tetrahydrocannabinol (THC) are the two most abundant Cannabinoids found naturally within the Cannabis plant. Classified as Phyto-Cannabinoids, both CBD & THC interact upon different Physiological Systems at the cellular level within our body.

Both CBD and THC have a wide range of applications and are similar at the molecular level.

This has led the public to often confuse them, and even the scientific community believed that CBD and THC were in fact the same substance until relatively recently. However, the chemical properties of CBD and THC vary widely enough that THC is classified as a Psychotropic drug that is strictly controlled by federal authorities, while CBD is regarded as legal and safe worldwide.

Both CBD and THC interact with cells within our bodies by activating the Endocannabinoid Receptors. Some Cannabinoids are capable of beneficial / desirable effects and others cause undesirable Psychotropic effects such as getting “high” & or Paranoia.

Currently, there are no documented studies that show undesirable effects from CBD, which is why this particular Cannabinoid is legal worldwide. Not only that, but CBD has also illustrated to protect against the negative effects of THC. 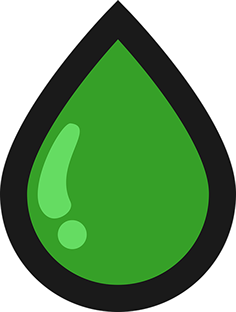 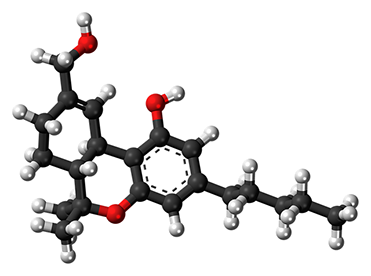 THC was the first Phyto-Cannabinoid that was discovered and has been much more extensively researched than CBD. We know with that THC is a strong Psychoactive substance that can be Intoxicating even in small amounts. This means that THC can alter your behavior and cause you to lose control of your faculties, properties that do make it a popular (although illegal) as a recreational drug in the form of Marijuana.

Nonetheless, THC has desirable medical applications and has been shown to be effective as a moderate-strength Analgesic. Overall the medical and scientific community, generally accepts that CBD is safer and maintains wider applications than THC. There are existing studies illustrating significant correlations between long-term use of THC and certain Psychiatric disorders, such as Schizophrenia, Depression & Psychosis.

Being that CBD and THC remain so effectively different within our systems, it is difficult to compare them directly. But while THC can be abused as a drug, CBD is safe and has no recreational applications.

Benefits of CBD are its moderating effects upon THC, as illustrated in numerous studies.  CBD removes THC from the CB1 Receptor, thus counteracting the effects of THC such as Intoxication, Memory Impairment & Paranoia, while the added pain relief benefits of THC remains. The fact that there is a system within our body that produces and is specifically designed to accept Cannabinoids, illustrates the overwhelming efficacy of Cannabis as a medicine.